2) Conclusion of the Contract

2.2 The Client may submit the offer via the online order form integrated into the Seller's online shop. In doing so, after having placed the selected goods and/or services in the virtual basket and passed through the ordering process, and by clicking the button finalizing the order process, the Client submits a legally binding offer of contract with regard to the goods and/or services contained in the virtual basket. The Client may also submit his offer to the Seller by telephone, fax or e-mail.

2.3 The Seller may accept the Client’s offer within five days,

The contract shall be concluded at the time when one of the aforementioned alternatives firstly occurs. Should the Seller not accept the Client's offer within the aforementioned period of time, this shall be deemed as rejecting the offer, with the effect that the Client is no longer bound by his statement of intent.

2.4 If the Client chooses "PayPal Express” when placing his order, payment processing is handled by the payment service provider PayPal (Europe) S.a.r.l. et Cie, S.C.A., 22-24 Boulevard Royal, L-2449 Luxembourg (hereinafter referred to as “PayPal”). The PayPal terms of use will apply; they can be viewed at: https://www.paypal.com/uk/webapps/mpp/ua/useragreement-full. In case the Client has no PayPal account, the conditions for payments without PayPal account will apply; they can be viewed at: https://www.paypal.com/uk/webapps/mpp/ua/privacywax-full.

2.6 Prior to submitting a binding order via the Seller’s online order form, the Client may recognize input errors by attentively reading the information displayed on the screen. Use of the enlargement function of the browser to enlarge the display on the screen may be an effective method for better recognizing input errors.
The Client can correct all the data entered via the usual keyboard and mouse function during the electronic ordering process, until he clicks the button finalizing the ordering process.

2.7 The English language is exclusively available for the conclusion of the contract.

3.1 Consumers are entitled to the right to cancel.

3.2 Detailed information about the right to cancel is provided in the Seller’s instruction on cancellation.

4.1 Unless otherwise stated in the product descriptions, prices indicated are total prices and include the statutory value-added tax. Any possible additional delivery and dispatch costs are specified separately in the respective product description.

4.2 Payment can be made using one of the methods mentioned in the Seller’s online shop.

4.4 If prepayment by bank transfer has been agreed upon, payment is due immediately after conclusion of the contract, unless the parties have arranged a later maturity date

4.5 If the SEPA direct debit payment method is selected, the invoice amount is due for payment after a SEPA direct debit mandate has been issued, but not before the deadline for pre-notification has expired. The direct debit will be collected when the ordered goods leave the Seller's warehouse, but not before the deadline for pre-notification has expired. Pre-notification means any communication (e. g. invoice, policy, contract) of the Seller to the Client which announces a debit by means of SEPA direct debit. If the direct debit is not honored due to insufficient account coverage or due to the indication of an incorrect bank account, or if the Client objects to the debit, even though he is not entitled to do so, the Client shall bear the fees arising from the reversal of the respective bank, if he is responsible for this.

4.6 When payments are made using a payment method offered by PayPal, handling of payments takes place via the payment service provider PayPal ((Europe) S.a. r.l. et Cie, S.C.A., 22-24 Boulevard Royal, L-2449 Luxembourg (hereinafter referred to as “PayPal”) subject to the PayPal terms of use which can be viewed at: https://www.paypal.com/de/webapps/mpp/ua/useragreement-full. In case the client has no PayPal account, the conditions applicable for payments without PayPal account will be effective. They can be viewed at: https://www.paypal.com/uk/webapps/mpp/ua/privacy-full.

5.2 Should the assigned transport company return the goods to the Seller, because delivery to the Client was not possible, the Client bears the costs for the unsuccessful dispatch. This shall not apply, if the Client exercises his right to cancel effectively, if the delivery cannot be made due to circumstances beyond the Client's control, or if he has been temporarily impeded from receiving the offered service, unless the Seller has notified the Client for a reasonable time in advance about the service.

5.4 The Seller reserves the right to withdraw from the contract in the event of incorrect or improper self-supply. This only applies if the Seller is not responsible for the non-supply and if he has concluded a concrete hedging transaction with the supplier. The Seller shall make all reasonable efforts to obtain the goods. In case of non-availability or partial availability of the goods he shall inform the Client and grant him immediately counterperformance.

5.5 Personal collection is not possible for logistical reasons.

If the Client is a consumer, the Seller retains title of ownership to the delivered goods until the purchase price owed has been paid in full.

6.1 If the Client is a trader, the Seller reserves title to the goods delivered until the fulfillment of all claims arising out of the current business relationship.

6.2 If the Client is a trader, he is entitled to resell the reserved goods in the course of regular business operations. All claims resulting from such course of business against a third party shall herewith be assigned in advance to the Seller in the amount of the respective invoice value (including VAT). This assignment of claims shall be valid regardless of whether the reserved goods are processed prior to or after resale or not. The Client remains entitled to collect the claims even after assignment. However, the Seller shall refrain from collecting the claims as long as the Client meets his payment obligations, he is not in default, and no application has been lodged to open insolvency proceedings.

Should the object of purchase be deficient, statutory provisions shall apply. Deviating therefrom, the following shall apply:

7.2 If the Client acts as a consumer, the following restriction applies to used goods: Claims for defects are excluded if the defect does not occur until one year after delivery of the goods. Defects that occur within one year of delivery of the goods can be asserted within the statutory limitation period.

7.3 The aforementioned limitations of liability and the restrictions of limitation periods do not apply

7.4 Furthermore, for traders the statutory limitation periods for recourse claims pursuant to section 445b of the German Civil Code (BGB) remain unaffected.

7.6 If the Client is a consumer, the forwarding agent has to be immediately notified of any obvious transport damages and the Seller has to be informed accordingly. Should the Client fail to comply therewith, this shall not affect his statutory or contractual claims for defects.

The Seller shall be liable to the Client for any contractual and quasi-contractual claims and for claims of liability in tort regarding damages and effort compensation as follows:

8.1 The Seller shall face unlimited liability regardless of the legal ground

8.2 If the Seller negligently infringes an essential contractual duty, the liability to pay damages shall be limited to the foreseeable, typically occurring damage, unless unlimited liability applies pursuant to the aforementioned Section. Essential significant contractual obligations are obligations the contract imposes on the Seller according to its content to meet the purpose of the contract and whose fulfillment is essential for the due and proper implementation of the contract and on the fulfillment of which the Client can regularly rely.

8.3 For the rest, the Seller’s liability is excluded.

8.4 The aforementioned provisions on liability apply also to the Seller’s liability regarding his legal representatives and vicarious agents.

9.1 The law of the Federal Republic of Germany shall apply to all legal relationships between the parties under exclusion of the laws governing the international purchase of movable goods. For consumers, this choice of law applies only to the extent that the granted protection is not withdrawn by mandatory provisions of the law of the country in which the consumer has his habitual residence.

11.1 The EU Commission provides on its website the following link to the ODR platform: https://ec.europa.eu/consumers/odr.

This platform shall be a point of entry for out-of-court resolutions of disputes arising from online sales and service contracts concluded between consumers and traders.

11.2 The Seller is neither obliged nor prepared to attend a dispute settlement procedure before an alternative dispute resolution entity. 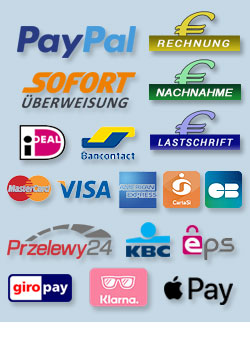 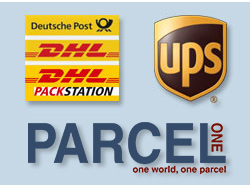